Are Men or Women With Celiac More Prone To Cancer 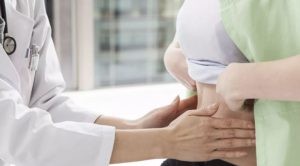 In 2014 the Celiac Disease Foundation reported that Western studies have shown about a 50% increase in cancer risk for those with celiac or substantive gluten sensitivity.  That being said, Beyond Celiac.org reminds us:

“…It is important to remember, however, that developing cancer due to celiac disease is quite rare. The vast majority of those with celiac disease will never develop these related cancers. Symptoms of these cancers may include weight loss, abdominal pain, enlarged lymph nodes, fatigue, and fever. The risk of cancer varies in those with celiac disease; those who have had more intestinal healing appear to be at lower risk than those who continue to have persistent damage.

In a large medical study in Ireland it was found that celiacs and those with gluten sensitivities had an increased risk of death from Cancer.

“…The researchers looked at cancer rates in people deemed “gluten sensitive,” which they defined as someone who had a positive AGA-IgA or AGA-IgGblood test (meaning their immune systems were reacting to gluten), but negative results on the EMA-IgA blood test, which is specific to the type of intestinal damage found in celiac disease. (The AGA-IgA and AGA-IgG blood tests indicate the presence of antibodies against the gluten protein, but cannot determine if there’s intestinal damage.)
SOURCE

The two things I found surprising in the this study were.

Those with Celiac or strong gluten sensitivity had a increased risk if death from all causes.   Relating to cancer specifically, incidence of gastrointestinal cancer, cancer of the esophagus, stomach, small intestine, pharynx, colon, rectum, liver or pancreas were all, sadly, increased.

The Irish study showed that men with gluten issues have a substantially increased risk of cancer while women actually had a DECREASE in overall cancer risk.  This is because those with gluten reduced diets have a lower risk of breast cancer, and breast cancer is one of the top killers of women.

“…The risk of lung, pancreatic, renal, and bladder cancers were all reduced as well.
SOURCE

Where Can I Learn More About Celiac Disease and Cancer?