My Latest (and hopefully last) Endoscopy

With the experience I have gained from my previous procedures, this one was not big stress. I knew the routine, how long I would be waiting before I went under, ect. In the morning I was all set out in my pajamas, bags packed.

The only factor that brought me stress was the IV. I know this is a point of concern for many people. Honestly, nobody likes needles. The original IV is totally fine. Numbing patches are applied to both hands. I have never requested these, I think it is just standard procedure. 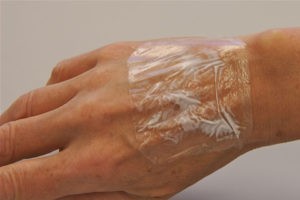 About 2 minutes before you go under, a needle is placed in the hand with the most prominent veins. Genuinely, doesn’t hurt a bit. The numbing cream is incredibly effective, and the doctors I end up with are always very careful. In my last procedure, the only pain I experienced was in the actual operating room, seconds before I passed out.

Once you are wheeled in, the IV is put in. Then, you move onto one side (depending on the hand the IV is in). I always feel like my hand must be moved extra carefully, but as my doctors always tell me, I have a ton of leeway in the tubing. 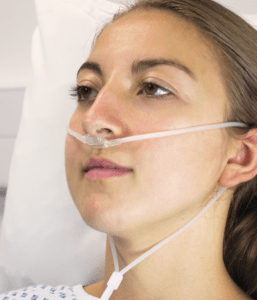 It’s okay to move your arm around like normal. Besides, you’re only going to be awake another minute, and after that, they’ll move you where you need to be. So, once you’re on your side, a nasal cannula is placed. This is a fancy name for a nose-breathing tube. It feels like a cold wind you’re inhaling. Sort of pleasant, actually.

Then a syringe of white liquid is attached to the IV. I’m not sure what this drug is, but it burns. Once it begins you are only awake for maybe 15 seconds, but the pain is unfortunately awful. It feels as if something too big to fit in your veins is being forced in, which is a terrible feeling normally, but especially so when you’re watching it being inserted. Brings some dramatic thoughts to mind. 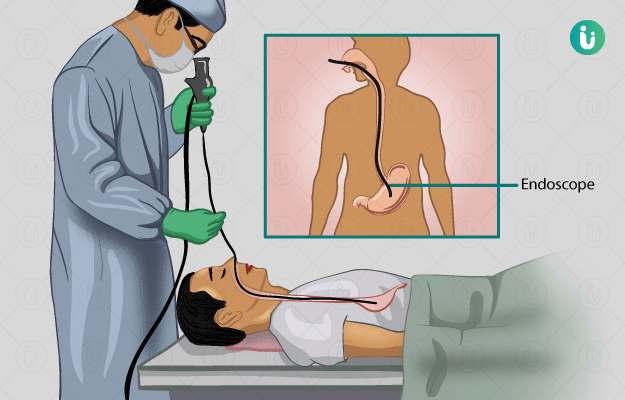 The procedure lasts only about 20 minutes, but this time it took fifteen minutes to get me out of OR, half an hour to wake up, and then another half an hour to clear me to leave. In total, it took about an hour and a half.

After the procedure, I got a wrap-in-a-bowl from McDonald’s and felt fine. Normally, my throat hurts a bit, but this time I felt only a kind of ache in my chest. It felt similar to my EOE symptoms actually, but any time I ate anything.

Also,  felt this ache any time I drank anything or even swallowed for the first few hours. This ache lasted about 6 days. My results were actually split this time, my celiac doing very well and my EOE falling behind.